Twenty-one years ago, the Philippine Eagle Center in Davao City made history when it successfully bred and hatched “Pag-asa” (Tagalog word for hope), the first Philippine eagle born in captivity.

Pag-asa’s birth was the fruit of long and often tedious work to save the Philippine eagle, listed by the International Union of Conservation of Nature and Natural Resources (IUCN) as one of the country’s threatened birds due to loss of habitat.

Last week, the Philippine Eagle Foundation (PEF) recorded another historic moment with the birth of Pag-asa’s first offspring, representing the second generation of the endangered species bred at the center.

The chick, hatched on February 9, 2013, weighed 158 grams. Its hatching process was assisted by Anna Mae Sumaya, the PEF’s curator for conservation breeding.

PEF executive director Dennis Salvador said the center waited four days to announce the hatching of the eaglet because they wanted to make sure the chick would survive.

“The chick hatched from a breech position so I had to help it to avoid damaging the vital veins that could potentially cause its death,” said Sumaya.

Normally, chicks crack through the upper part of the egg, the broad end, where the air space is located. But in this case, the chick started to crack the shell on its side, prompting Sumaya to assist in the hatching process.

The chick completely hatched at 1:55 am, about 48 hours after it began to break its shell.

A statement from the PEF said the eaglet was the offspring of the female eagle “Kalinawan” (Visayan word for ‘peace’), a 29-year-old eagle that was rescued from Zamboanga del Sur and turned over to the Eagle Center in 2009, and Pag-asa.

Kalinawan has adapted well to humans at the Center, and was able to lay an egg after undergoing cooperative artificial insemination using Pag-asa’s semen.

“This accomplishment underscores the fact breeding these birds in captivity remains difficult. We are certainly a long way off in coping with losses in the wild. The Philippine eagles and their forest habitat continue to be imperiled by man-made activities like logging, mining and other development projects,” Salvador said in a statement.

“While we celebrate this recent achievement, we are still worried about the fate of the Philippine eagles in the wild. We breed Philippine eagles to replace population losses in the wild but we are uncertain of their safety once they are released. They are constantly under threat of human persecution,” he added. 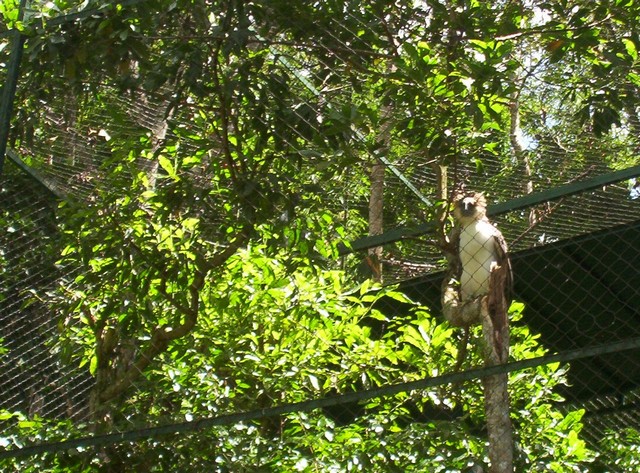 The eagle center in Davao City’s Calinan district was opened to the public in 1988. Simulating a tropical rain forest environment, it offers visitors a glimpse of the country’s forest ecosystem – as it is located at the foothills of Mount Apo, the country’s highest peak.

Here, visitors can see more than a dozen eagles, some of them rescued in the wild after they were trapped or shot. 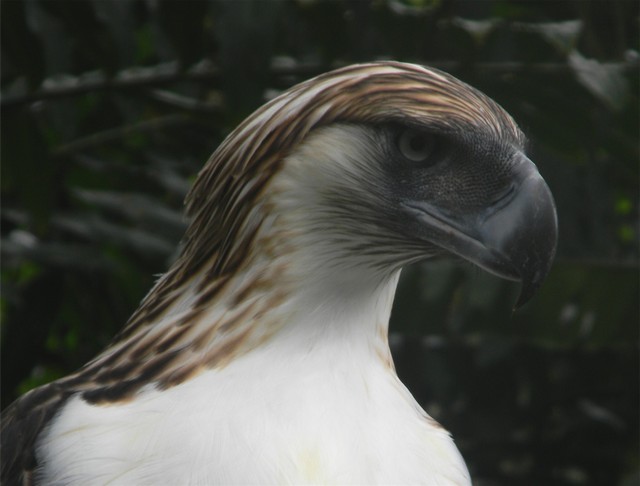 Thirty-two birds have been raised as part of the breeding program at the center. Most of them are being induced to breed in captivity.

PEF, which manages the center, believes that the fate of the endangered Philippine eagle, the health of the country’s environment, and the quality of Filipino life are inextricably linked.

“By using the Philippine eagle as the focal point of conservation, we are, in the process, saving wildlife and their habitat,” Salvador said.

He added that the Philippine eagle has become a critically endangered species because most of the primary forests, its natural habitat, are gone.

Studies show that a pair of Philippine eagle needs at least 7,000 to 13,000 hectares of forest as nesting territory.

PEF aims to release the captive birds and those that have been artificially bred back into its natural habitat.

But “if time will come that we have enough stocks of Philippine eagles, where shall we release them?” Salvador said. — LBG/KG, GMA News