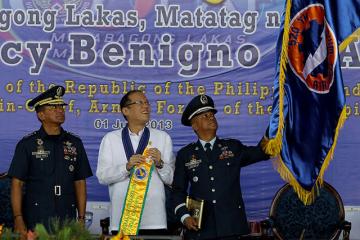 President Benigno Aquino III on Tuesday expressed support for the plan to give the United States and Japan access to Philippine bases.

Aquino said it is only a “natural circumstance” to allow these countries into Philippine bases “to build a credible alliance” with them.

He however said that US and Japanese troops will not be “permanent fixtures” in the country’s bases.

The President made these statements amid an ongoing territorial dispute with China over parts of the South China Sea. —KG, GMA News