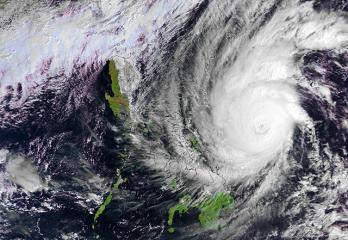 At least six domestic airports in Eastern Visayas and Bicol were closed Saturday due to bad weather conditions from Typhoon Ruby (Hagupit), as opposed to the previous four.

Joya said the closed airports include:
Joya said the airport fire trucks had been moved to a safe place while communication equipment was covered to protect them from rain.
He said the CAAP will inspect the airports before allowing them to resume operations.

The Department of Transportation and Communications have also canceled flights to and from Masbate, Surigao and Catarman in Northern Samar earlier in the day.

At least 29 areas have been placed under storm signals – including the areas where the closed airports are located – before noon Saturday as Ruby continues to move toward central Philippines. — Joel Locsin/VC, GMA News