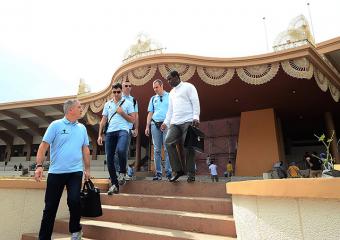 Not all priests are vested equally and some of them may be assassins in disguise, church officials and policemen warned on GMA 7’s “24 Oras” Tuesday.

Sutanas were allegedly found at the apartments of the terrorists who attempted to assassinate then-Pope John Paul II  in 1995.

Because of this, a strict system of verification was devised for holy persons during the events Pope Francis will attend this week.

Due to the Pope’s request to be closer to the people, securing him posed a “big challenge” to security, leading the Philippine National Police to ask for the public’s cooperation during the visit.
At least 200 soldiers will be sent to Leyte for the protection of the Pope, augmenting the Office of Civil Defense as part of the incident management team in Tacloban City. —NB, GMA News