A military court has convicted a former battalion commander in connection with the October 2011 bungled military operation in Al Barka town, Basilan, that left 19 soldiers dead. 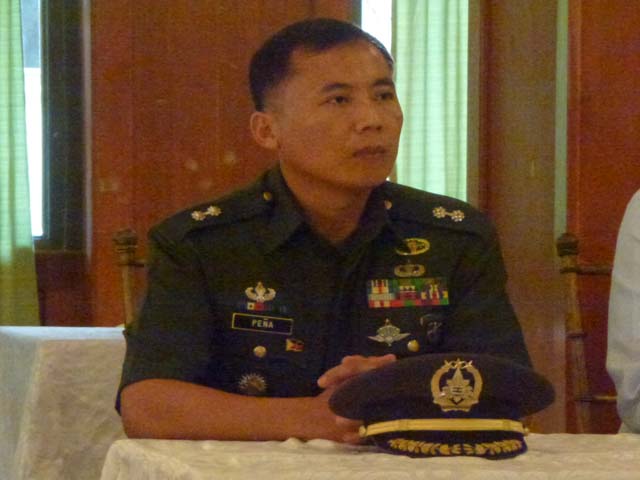 Peña had also been charged of violating Article of War 96 (conduct unbecoming an officer and a gentleman) but the seven-man court dropped it several months ago.

Peña was one of four officers who faced court martial proceedings over what is considered as one of the worst military defeats in recent history.

A third officer, Col. Aminkadra Undug, the erstwhile commander of the Special Force Regiment, has earlier been convicted of violating Article of War 97 over the same incident.

However, Peña, a member of the Philippine Military Academy Class of 1991, was cleared of another charge — Article of War 84 (damage or loss of military property).

“I will rise again”

Reached for a comment, Peña said he has accepted the court’s decision.

Peña said he hopes to have another position one day besides a command post in the military.

Torralba said while Peña could not be  assigned a command post, he could be given an administrative position.

Meanwhile, although Peña have been on floating status for two years since the encounter, the court’s decision may only be applied after the approval of the Armed Forces chief Gen. Emmanuel Bautista.

“As far as the handbook of the general court martial is concerned, it is specifically stated that the sentence will start upon the approval of the convening authority,” Torralba said. — Marc Jayson Cayabyab/KBK, GMA News