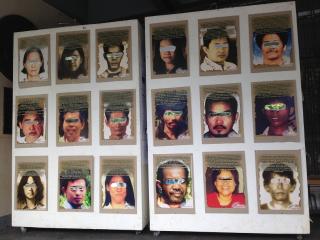 The wall was set up at the Plaridel Hall of the UP campus in Diliman in Quezon City, radio dzBB’s Manny Vargas reported.

Images posted on the wall as of early Saturday included those of activist Jonas Burgos and Sheryl Cadapan, the report said.

As of 9 a.m., organizers were still adding images of other “desaparecidos” to the wall.

Such disappearances cause “terrible suffering upon victims and their loved ones, some of whom will never learn the fate of their family member, partner or friend,” it added.

The initiative for such a day started in 1983, amid a rise of disappearances by authoritarian regimes in Latin America. — Joel Locsin /LBG, GMA News