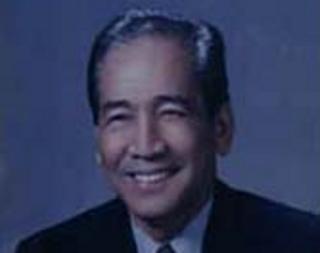 In a phone interview with GMA News Online, Goco’s eldest son Emmanuel Pio said his father died at 1:30 a.m. after being operated on Tuesday for aneurysm, which led to pneumonia and renal failure. He was 84.

The younger Goco said the wake for the former solicitor general will start at 7 p.m. on Saturday at the Mount Carmel Shrine in New Manila, Quezon City.

Burial will be on August 21 at the Loyola Memorial Park in Marikina City, he added.

The Office of the Solicitor General said Goco was born in Manila, and earned his bachelor of law degree from Ateneo de Manila University. He became a member of the Philippine Bar in 1955 and the New York Bar in 1987.

He took post-graduate studies at Far Eastern University in Manila and Special Studies at the Academy of American and International Law in Dallas, Texas. He was a government scholar to the United States.

Goco was elected governor of the Integrated Bar of the Philippines, and worked for the IBP’s admission into the Law Association for Asia and the Pacific (LAWASIA) in 1973.

Also, he was elected president of the LAWASIA in 1983, the first Filipino to hold such a position.

He was a recipient of the Dean Robert G. Storey Award for International Leadership in 1996.

Goco is married to Marietta Primicias with whom he has five children.

On the other hand, he served as chairman of College Assurance Plan after his stint as Solicitor General.  — Amanda Fernandez and Joel Locsin /LBG, GMA News