As is the established pattern of Philippine movies, veteran actors need to kiss their careers goodbye once they reach within shouting distance of becoming a senior citizen. The premium on youth is such that there is an expiration date on young stars who are launched at 16, and after playing grandmother in the movies slowly fade away. This is a pattern accepted with happy exceptions like Gina Pareño, Eddie Garcia and Anita Linda. At her advanced age, Anita (Alice Lake in real life) had been content to live her life with daughter Francesca and her three children in Alabang Hills where Anita has stayed for 20 years, tending the garden and caring for her two cats.

This was the schedule of her day-to-day life until Adela came along and changed her life immensely. Adela was the Cinemalaya entry of a woman going 90 and who celebrates her birthday alone when her children fail to visit her. The film directed by Adolfo Alix Jr. opened the Cinemalaya Independent Film Festival and went on to win the young Critics Circle Best Film of 2008. It gave Anita the Best Actress awards in the Southeast Asia Film Competition category of the Cinemanila International Film Festival and at the Gawad Tanglaw Awards by academicians. The last movie where she was lead was the 1998 Ang Babae sa Bubungang Lata directed by the late Mario O’Hara, but she didn’t make it to the Cinemanila awards night in Malacañang. Bubungan gave her a Best Supporting Actress award from both the Star Awards and the FAMAS, clocking some kind of record as the oldest actress to ever win a FAMAS award at 74; and the Best Supporting Actress in 1987 from Gawad Urian for the film Takaw Tukso. Early in her career, she won Best Actress in the Maria Clara Awards of 1952 for her compelling portrayal of the title role in Sisa. Anita has also had numerous nominations throughout the years mostly from the picky manunuri.

At her age of 90, Anita has a memory that would put to shame those younger than her. She recalls her childhood as one of the 10 children of an American soldier assigned to the Philippines during the Spanish-American War. When World War II broke out, the peace they enjoyed abruptly came to an end. Anita has bad memories of the war — of her father’s incarceration, his being thrown into a concentration camp by the Japanese and then dying there. 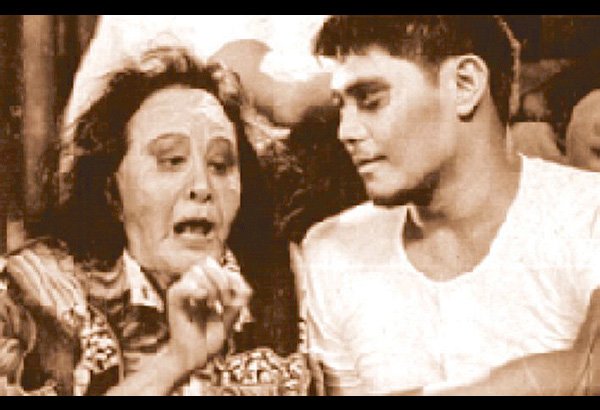 When Adela got all that attention from critics and the press, the broadcast medium remembered her once again and cast her as the bad lola in Tayong Dalawa for ABS-CBN. Then followed Amamanhig, a story of the undead who pass on the curse from generation to generation. She was even given a surprise tribute with colleagues in attendance at the Teatrino. On her way there aboard a taxi by herself, she and the taxi driver were accosted by two hold-uppers in the midst of traffic on EDSA. They got away with the driver’s earnings for the day, but left Anita unscathed with her belongings intact.

“God must love me,” she asserts. “Perhaps, they recognized you from Adela and Tayong Dalawa,” we tell her.

The taxi hold-up incident was reported in the entertainment press the following day. Anita has become hot copy once again.