“Well, we have no confirmation but that was the report we got last night…According to reports they (PNP) were able to neutralize one of them, si Marwan, although ‘yung isa nakawala, ‘yung si Basit Usman,” Gazmin told reporters in Camp Aguinaldo on Monday. 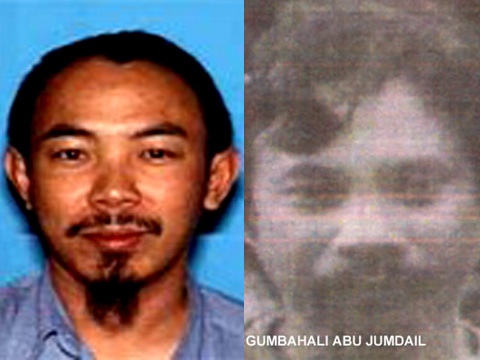 At least 30 police officers belonging to the elite group, Special Action Force (SAF) were confirmed dead in the firefight on Sunday. Army sources, however, said they suspect that about 50 people died from the clash, majority of them belonging to the side of the police.

Gazmin said he, Interior and Local Government Secretary Mar Roxas and PNP officer-in-charge Deputy Director General Leonardo Espina will go later on Monday to Maguindanao and Cotabato to assess the situation and to confirm the report about Marwan’s death.

“We will validate that (report). I am going to Cotabato today so that I can get more accurate information to be able to disseminate to you,” Gazmin said.

In a report sent to Espina on Sunday, the SAF director, Chief Superintendent Getulio Napenas Jr., said the SAF operatives were able to “neutralize” Marwan at around 2:30 a.m. on Sunday during the encounter in Barangay Tukanalipao, Mamasapano.

Napenas, however, reported that Marwan’s body was left in the area due to the heavy volume of fire coming from the side of the rebel groups.

Marwan is one of the most wanted JI leaders operating in Southeast Asia. He was believed to be involved in several bombing and terror attacks in Mindanao involving the JI-assisted Abu Sayyaf group. The US Federal Bureau of Investigation (FBI) has recently offered $5 million bountry for his capture.

Meanwhile, foreign-trained bomb maker Abdul Bassit Usman is a Filipino rebel belonging to the Abu Sayyaf group. He was also believed to have links with JI and the Islamic extremist group, al-Qaeda.

The US FBI has earlier offered $1 million bountry for his capture.

The SAF reportedly conducted the operation in order to serve the warrant of arrest to Marwan whose presence has been confirmed in the area.

Gazmin, meanwhile, denied reports that the PNP did not coordinate with the military before conducting the operation.