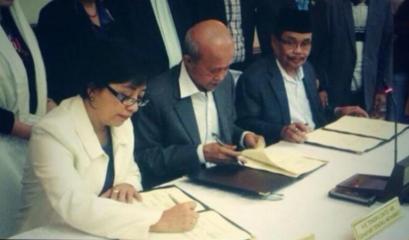 “In a show of true commitment, the Parties extended the meeting, originally scheduled for four days to six days to be able to overcome their concerns and reach an agreement on the Annex.

Both sides also said progress was made by the Technical Working Group on Normalization and the special team on power sharing.

On the other hand, the Third Party Monitoring Team (TPMT), which will be responsible for monitoring the implementation of the agreements, held its first organizational meeting.

Under the agreement, the two panels agreed on a 50-50 sharing of energy resources, dzBB’s Rowena Salvacion reported.

Both sides also agreed on taxing powers to be given to the Bangsamoro.

However, the two sides have yet to set dates for tackling these issues.