PAGASA forecaster Buddy Javier said the cold weather is still likely to last until February and even possibly to early March.

“There’s no low pressure area inside nor immediately outside the Philippine Area of Responsibility (PAR) at the moment. The northeast monsoon affecting Luzon is the only significant weather system in the archipelago,” explained resident GMA meteorologist Nathaniel “Mang Tani” Cruz. 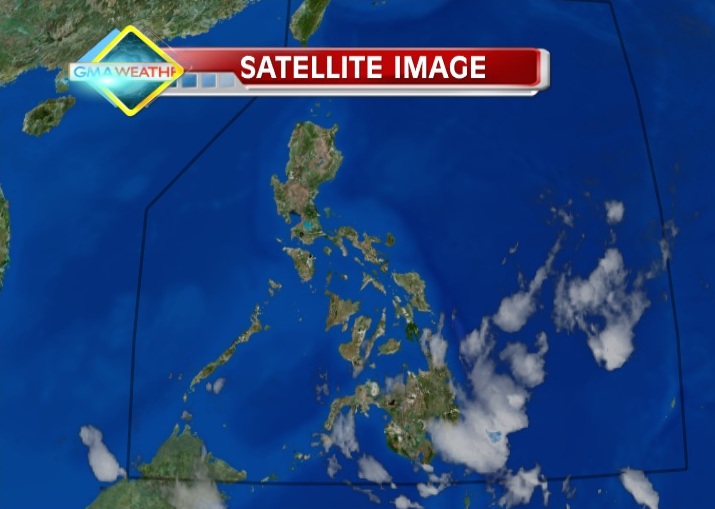 Satellite image as of 8 a.m.

Even temperatures in Baguio City Sunday were lowest at 12.4 degrees, nearly three degrees higher than the record-low 9.5 degrees earlier this month.

On the other hand, Javier said Mount Pulag in Extreme Northern Luzon has experienced zero-degree weather, with vegetables there in danger of frost damage.

Javier also said the water there is freezing.

Meanwhile, Mang Tani said that the country can expect generally fair weather, with only light rains over some areas.

“Light rains will continue to be felt over eastern section of the Philippines, from Cagayan Valley southward to the Bicol Region. Meanwhile, eastern Visayas and the whole of Mindanao, particularly the eastern CARAGA and Davao regions, will have light to moderate rainshowers or thunderstorms.  The western section of Luzon —Ilocos region, Zambales and Bataan— will enjoy good weather, with few clouds and just a 10% chance of light rains. But a gale warning is still in effect over the northern and eastern seaboards of Northern Luzon and the eastern seaboard of Central Luzon. In Metro Manila, it will be partly cloudy with a slight 10% possibility of light rains,” he said.  — TJD, GMA News