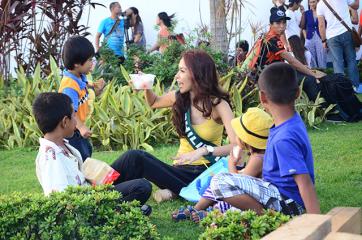 Nearly 23,000 people from the Philippines and around the world are involved in ongoing disaster relief efforts for victims of Super Typhoon Yolanda (Haiyan).

The Philippine embassy in Washington said this Sunday, a week after Yolanda ravaged the Visayas and Southern Luzon.

Citing data from the National Disaster Risk Reduction and Management Council, it also noted 23 foreign medical teams are now in place to assist residents of yolanda -affected areas.
Also, it said medical teams from the US, Japan, Australia, France, Malaysia, the Netherlands and Korea are assisting affected communities in Leyte.

Meanwhile, doctors and other volunteers from Spain, Israel, Japan, Canada and Norway are helping affected communities in Cebu.

The embassy added doctors and other volunteers from Switzerland and Canada are assisting in typhoon-devastated areas in Panay Island. — LBG, GMA News