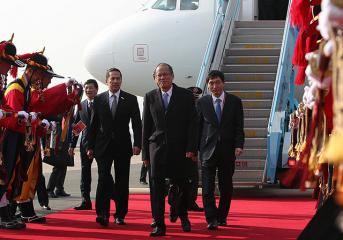 For President Benigno Aquino III, who is still single at 54, it is better to have loved and lost.

Pressed on his love life by reporters in Busan, South Korea, the president said that it seems he will not be getting married before his term ends in 2016.

The president, who will be the “witness of honor” at the wedding of Dingdong Dantes and Marian Rivera on Dec. 30 and who will be Senator Francis Escudero’s best man when he marries Heart Evangelista in February next year, said that his being single is not necessarily a bad thing.