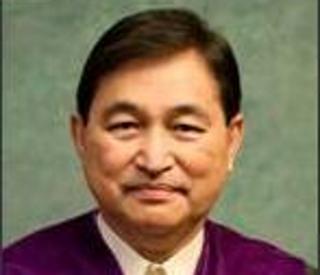 The Supreme Court on Sunday congratulated former Associate Justice Adolf Azcuna for his selection to the International Commission on Jurists.

Malacañang on Saturday announced Azcuna’s election as one of the five new commissioners of the ICJ.

Azcuna is first Filipino to be appointed to the ICJ, and will serve a five-year term as Commissioner, though he will continue to work from Manila.

“Congratulations to Retired SC AJ and Philja Chancellor for his selection to the International Commission on Jurists (ICJ),” the high court said in a tweet.

ICJ is composed of 60 eminent judges and lawyers from all regions of the world.

A Palace statement said the ICJ “promotes and protects human rights through the Rule of Law, by using its unique legal expertise to develop and strengthen national and international justice systems.”

Before his election, Azcuna had served as Chancellor of the Philippine Judicial Academy since 2009.

“He brings his wealth of experience and wisdom to the ICJ. We are confident that ICJ will benefit from his long years as a jurist and as a trainor of judges,” presidential spokesman Edwin Lacierda said. — Joel Locsin /LBG, GMA News