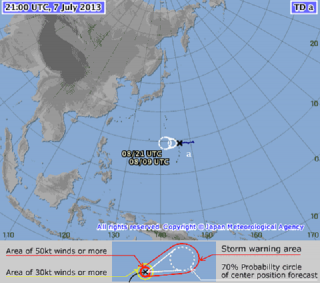 Tropical Storm Soulik intensified further early Tuesday as it continued to approach the Philippines, even as state weather forecasters said the cyclone may enter the Philippine area of responsibility Wednesday and stay until Friday.

But PAGASA forecaster Manny Mendoza said their models show Soulik is not likely to make landfall on any part of the Philippines, even as it will enhance the southwest monsoon.

Also, he said their models show a possibility of Soulik heading for Korea or even Japan.

The Japan Meteorological Agency’s 5:45 a.m. update described Soulik as a strong tropical storm, and indicated Soulik may not make landfall over the Philippines.

So far, Mendoza said their forecast models indicate Soulik is not likely to have any direct effect on the Philippines, but added it will enhance the southwest monsoon and bring rain.

“Hindi masyadong magbibigay ng epekto sa Pilipinas kundi enhancement ng southwest monsoon (We do not expect it to have any direct effect on the Philippines, except enhancing the southwest monsoon),” he said.

Should Soulik enter the Philippine area of responsibility, it will be locally codenamed Huaning.

Mendoza said their models show Soulik will stay in the Philippine area of responsibility until Friday. He said the short stay is due to Soulik’s speed of 20 kph.

As of 4 a.m., PAGASA said Soulik was estimated at 1,780 km east of Basco, Batanes, with maximum sustained winds of 110 kph near the center and gustiness of up to 140 kph.

It said Soulik is forecast to move west at 20 kph.

It added Metro Manila and the rest of the country will be “partly cloudy to cloudy with isolated rain showers or thunderstorms.”

Also, PAGASA said light to moderate winds from the northeast to north will prevail over Luzon and coming from the northwest to southwest over Visayas and Mindanao.

The coastal waters throughout the archipelago will be slight to moderate.  — ELR, GMA News