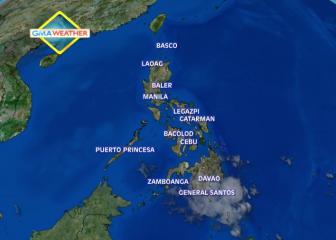 Just because summer is coming may not necessarily mean there will be no cyclone this month, state weather forecasters said Monday.

PAGASA forecaster Jori Loiz said in a radio interview that “zero to one” cyclone is expected this month in the Philippine Area of Responsibility (PAR).

“Meron tayong zero or one, there is a chance,” he said in an interview on dzBB radio.

The Philippines is finally looking forward to summer, as the northeast monsoon that brought cold weather to parts of the country continues to weaken.

Loiz said the official announcement of summer may come as early as next week.

But he said the northeast monsoon will make a “final surge” before finally bowing out in favor of the hot summer season.